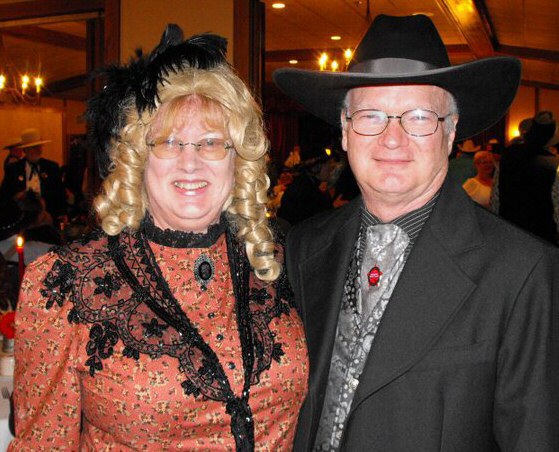 Marauder and Mine's Taken first read about SASS in the late 1980's. They finally discovered a local Texas club in the early 1990's.
When they moved to Georgia, they made sure there were Cowboy clubs in the area!

They have enjoyed shooting at matches from Alaska to California, to Florida and many places in between.

Mine's Taken shoots but usually prefers to keep score, assist the posse and visit with folks.
She tried over 5 Alias's, but realized all her choices were taken, so she is "Mine's Taken!"

"The great friends as well as the action continues to make this such a great game!".

Mine's taken has been a vendor at local clubs selling clothing, hats, jewelry, and cowboy "notions."

Over 100 Clean Matches (No misses or procedure problems) including

Having a great time helping folks!

Be sure to mosey over and say Howdy!! to Marauder & Mine's Taken at the next match!